The Story of Sulfur Books

Chapter One:
There has been a bookstore at 18 East Main Street in Clifton Springs for over 100 years. In 1881, Harvey Bundy opened the bookstore and 34 years later sold it to the Bostwick family who in turn sold it to Richard Devereaux. The Devereaux family operated the book store until 1990. Between 1990 and 2006 various retail and service businesses occupied the space.

Chapter Two:
Anne Mancilla grew up in Clifton Springs and moved to New York City after college. After getting married, she and her husband Polo decided to move back to the small village to raise their children. Anne remembered going with her father, Drew Morris, to Devereaux’s Book Store to pick up the Sunday papers in the 1950s. After teaching for 17 years at Midlakes Intermediate School, she felt the location at 18 East Main Street calling her to restore the bookselling tradition in her hometown. In 2008, She opened Explore! the Book Store and operated there until the fall of 2019.

Chapter Three:
As vice president of the board at Main Street Arts—a non-profit arts organization and gallery located one block from the bookstore—Anne has been involved in expanding the arts and cultural offerings in Clifton Springs. In early 2019, Anne began thinking about the possibility of traveling more often and approached the directors of Main Street Arts, Bradley and Sarah Butler, to see if they would be interested in managing the bookstore.

Chapter Four:
On October 28, 2019 Explore! The Bookstore closed and the Main Street Arts crew began the process of renovation and rebranding. Over the course of 1 month, the entire existing inventory was moved to the basement at Main Street Arts for temporary storage, existing shelves were dismantled and repurposed, walls were painted, a new floor was installed, and additional inventory was ordered. Sulfur Books opened it’s doors on Saturday, November 30, 2019. 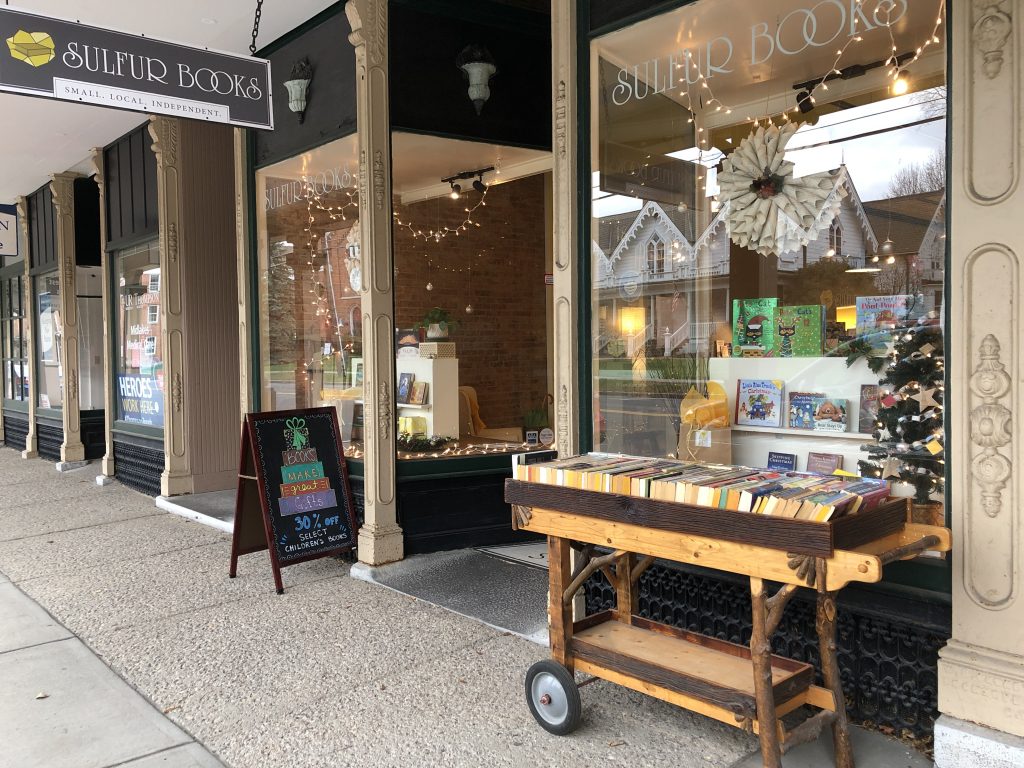